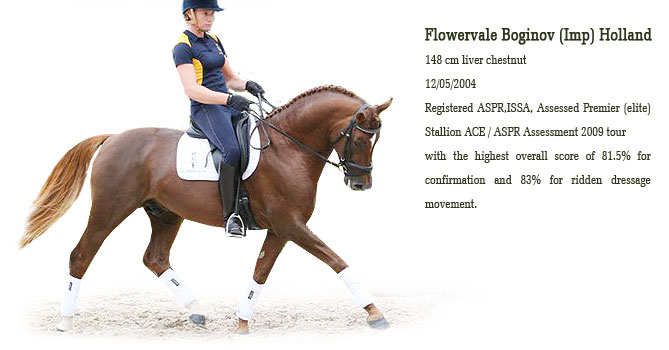 Flowervale Boginov was sired by Hollands most influential dressage pony stallion Orchard Boginov, He was imported into Australia as a three year old and came out of quarantine just two weeks before EI hit our shores.

He commenced his dressage career in early 2008 at just under 4 years of age where limited outings have led to spectacular results including:

Boginov is already proving himself both as a sire and as a competition pony. His foals all show his outstanding temperament and conformation and above all, his amazing extravagant movement.

STUD FEE $1,500 Plus a fee of $275 for collection, handling and shipping of semen to the nearest airport: Total of $1,775.00 Including GST
Semen order form – Stud Contract [Download] 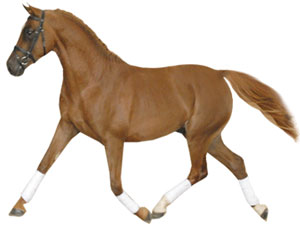